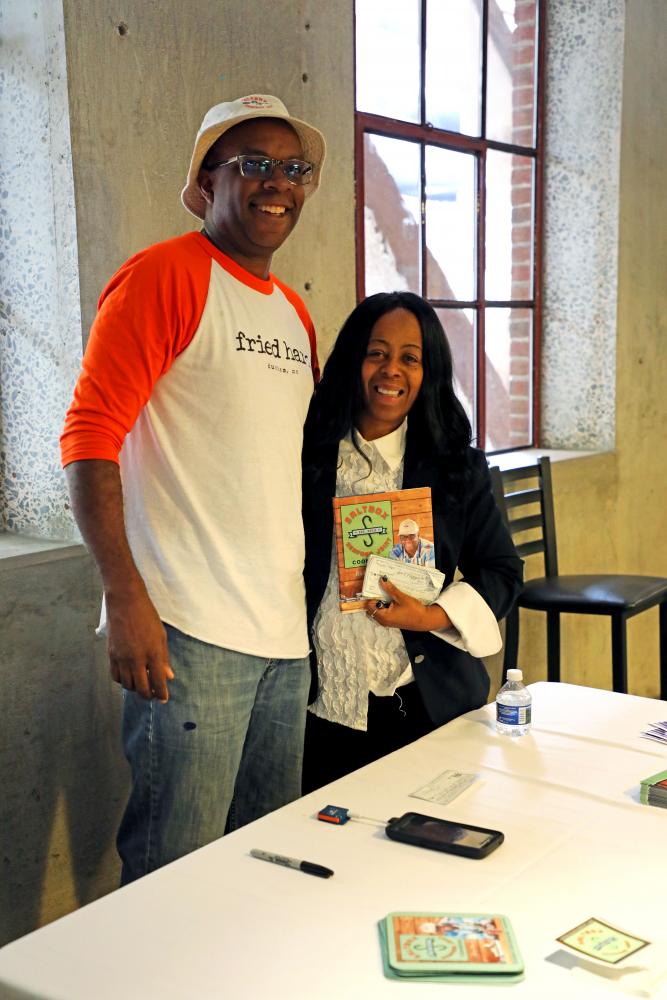 The first students in the new Culinary Arts program will soon mark the end of their first semester.

Throughout the semester, the students have been gaining hands-on experience through their studies and through participation in events. They have also learned more about their industry through such professionals as Durham chef and entrepreneur Ricky Moore.

“(Durham Tech) is helping people get good options for higher education in the hospitality and culinary field,” he said. “We are at a point in our industry now where it is hard to acquire and retain professionals who want to pursue this as a lifelong business. We need to train everyone coming out of this program that this is a viable profession.”

Moore, native to New Bern, North Carolina, has owned and operated Saltbox Seafood Joint on North Mangum Street since 2012. Within the last seven years, Moore has added a second location, launched a food truck, and, most recently, released the “Saltbox Seafood Joint Cookbook,” which he co-wrote with K.C. Hysmith.

In October, Durham Tech staff, faculty, and students piled into the new Culinary space at the American Tobacco Campus (ATC) downtown and listened to Moore discuss his culinary journey and how he came to open the Saltbox. The event was sponsored by the Viva the Arts committee.

“For me, there are no secrets, just sheer hard work and determination to do something,” he said.

Growing up, Moore didn’t picture his future in the kitchen.

However, Moore said that growing up surrounded by talented cooks and developing an appreciation for good food early on are factors that likely influenced his journey to becoming a culinary professional.

“My goal was to eat where the grown ups were eating. That’s what spoke to me. That’s what I enjoyed,” he said. “It was a blessing to have people cook well in my family, so now I have an acute ability to identify goodness, to taste things in a certain way.”

His culinary career began in the U.S. Army as a military cook. Upon leaving the military, Moore enrolled into the Culinary Institute of America in New York.

He has cooked in establishments in Paris, Singapore, Chicago, and New York City, sometimes for free.

“I needed the knowledge,” he said. “That was really important to me.”

Moore eventually wanted to return to North Carolina and open his own business. However, he didn’t immediately open the Saltbox upon his return. He instead worked awhile in the local food scene to get a better sense of the market.

“One good thing about Durham is that there is a lot of fertile ground here,” he said. “There’s a lot of chef ownership, … and there’s a good variety of people who are doing things authentically. It can’t be all fine dining or all this or all that. It’s got to be a good variety, a good diverse offering, and I think Durham has that. I think the Triangle has that.” 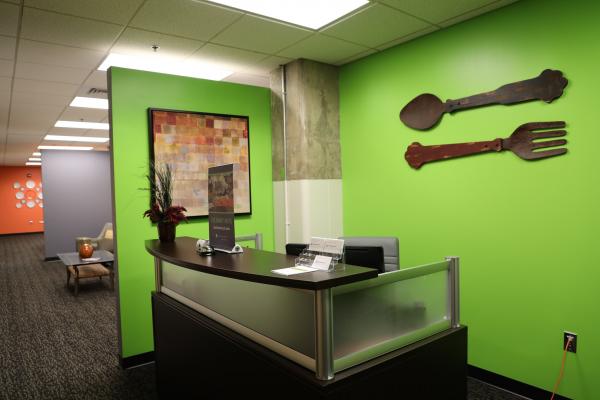 Though he has mainly worked in fine dining establishments, Moore said he chose to open the Saltbox, a much more casual eatery, because it felt like the best fit for him.

“Saltbox was my apprenticeship to entrepreneurship,” he said. “I didn’t know what was going to happen. I just wanted to do something and hope that somebody would come to that window and recognize that I’m doing something with care.”

Student Christi Arrington has been a loyal Saltbox customer since it opened.

“I thought his talk was phenomenal,” she said. “I am really inspired by him.”

Moore is just one in a group of restaurant owners, chefs, lodging managers, food and beverage managers, and other professionals that officially advise and support the Culinary Arts and Hospitality Management programs at Durham Tech.

“The Hospitality Management and Culinary Arts programs have gained a lot of interest from the community, the industry, and potential students,” said Altarius Moody, director of the two programs.

Before this fall, Durham Tech only offered chances to earn certificates through its continuing education culinary courses. Now, students can enroll in the Culinary Arts program and graduate with an associate’s degree.

With the new program also came the launch of the newest Durham Tech site at the ATC in the spot that once housed The Art Institute of Raleigh-Durham. To better suit the new Durham Tech occupants, the space received a sweeping makeover with new décor and a fresh coat of paint, and the dining area was re-named The Pineapple.

A new program also means a need for a new instructor. Marci Oliver was hired to join Moody in the department.

Registration is now open for the spring semester of the Culinary Arts and Hospitality Management programs.

“We are excited about what the future holds for our programs,” Moody said. 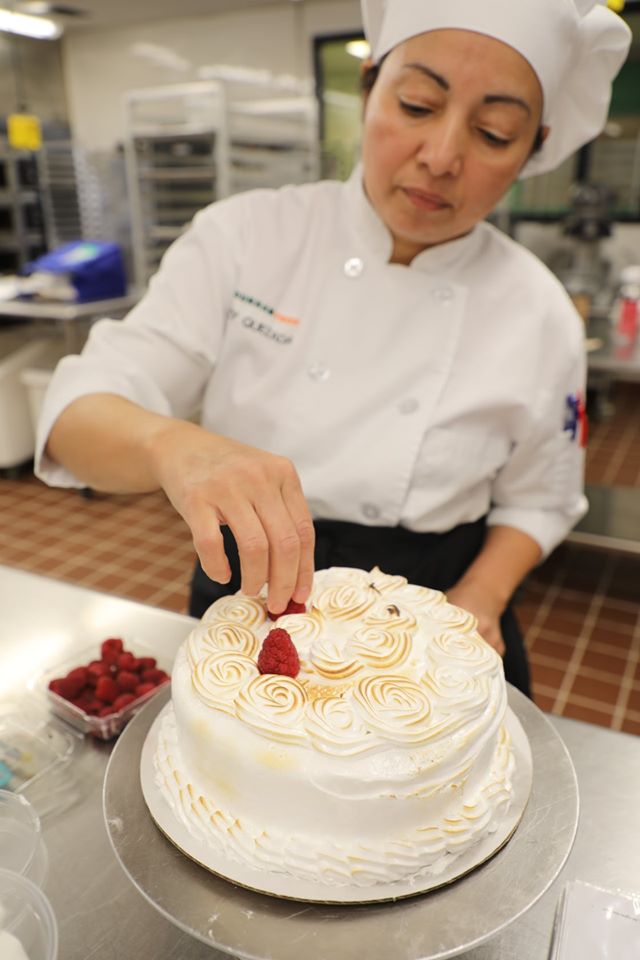