Alert: Durham Tech classes and support services are currently offered online, due to Coronavirus (COVID-19). Effective June 1, the College will expand access to some campus locations for urgent instruction or student services by approval only. Campuses will not be open to walk-in students or visitors. 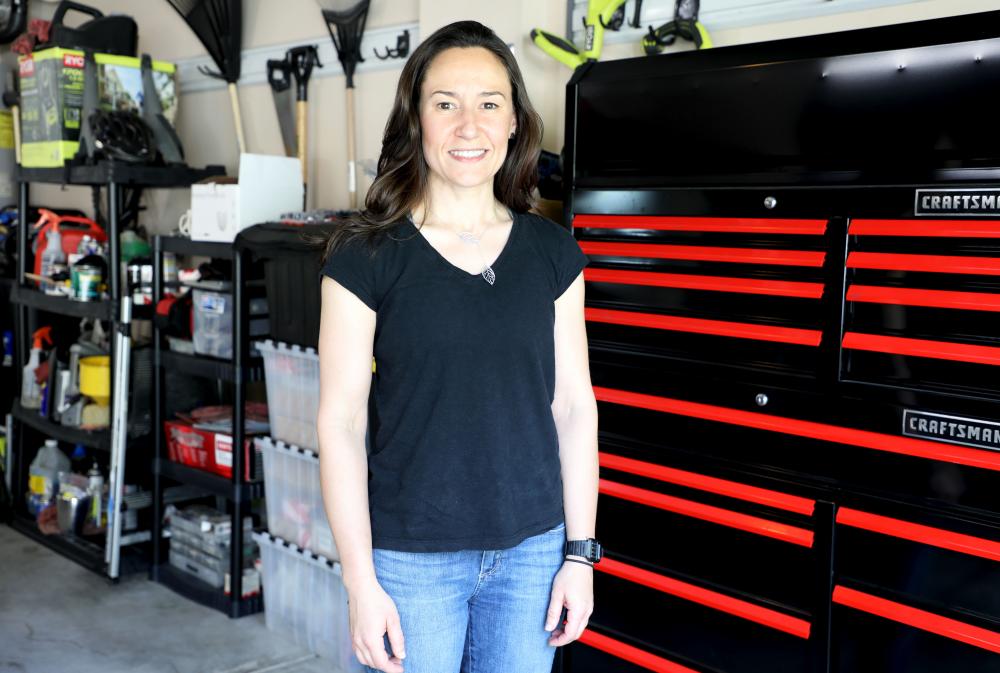 She was searching for a new career path when she discovered the Durham Tech Automotive Systems Technology program. After just one course, Kowite said she knew it was her solution.

She graduated in 2015 with an Associate Degree in Automotive System Technology and now works in the corporate marketing department at Advance Auto Parts in downtown Raleigh.

Kowite also has been named the grand prize winner of the National Automobile Dealers Association’s 2019 #WomeninAutomotive contest, which invited women in automotive jobs to share a video of themselves discussing their experiences and encouraging other women who want to enter the field.

For Kowite, pursuing work in the automotive arena wasn’t in her initial career plans.

“I wasn’t raised working on cars with my dad,” she said. “I come from a family that values education, so I never questioned the expectation that I would go to a university after high school.”

She earned her bachelor’s degree in English and her master’s degree in middle grades education both from North Carolina State University.

Kowite has been a lead teacher and a teaching assistant.

“I felt burned out several years before I stopped teaching,” she said. “At the start of every new year, I told myself I was going to make more time for myself and set a goal of taking one day off per month to unwind, but I could never make that happen.”

So, she started to research other professional paths.

“I reached a point where I had been looking at other professions for a while, and I wasn’t happy with anything,” she said. “I liked not working at a desk all day and not having every day be the same. I was also sort of tomboyish growing up, so getting dirty and working hard had a certain appeal.”

The automotive program at Durham Tech caught Kowite’s attention, so she enrolled in an introductory course in the evening while continuing to teach during the day.

“I think (automotive) is a natural fit for my personality,” she said. 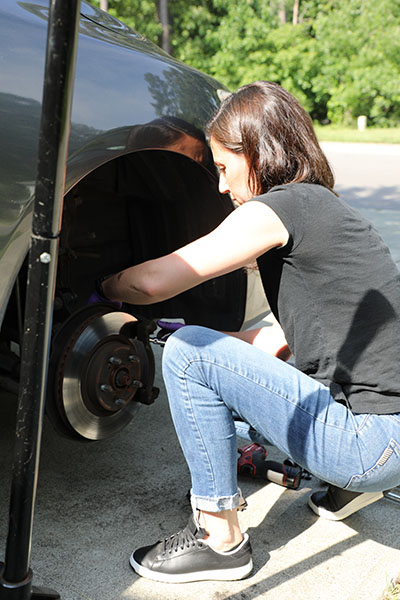 When she started to click with her studies, she quit teaching.

“I just went all in with automotive and had to trust myself,” she said.

Since her Durham Tech graduation, Kowite has found work with two dealerships in positions such as a greeter and service technician. She said her current marketing position allows her to tap into all of her automotive skills and knowledge.

“So far, it’s been really rewarding,” she said.

Though it’s been a few years since Kowite graduated, Durham Tech and particularly automotive Instructor Ward Taylor, former Instructor Joe Fitzgerald, and Program Director Nate Smith have left their impressions on the alumna.

Kowite remembered having fun in Taylor’s classes while still learning everything she needed. She also recalled Fitzgerald and Smith connecting with her on a one-on-one, personal level.

“That’s what a good teacher is, not just teaching the basic curriculum but going beyond that to see students as real people and to help when they can,” she said. “Nate seems to be this endless stream of caring and giving up his own time for others, and, as the program director, all that goodness just kind of trickles down into what is an incredibly caring and rich learning environment.”

Both Fitzgerald and Smith have stayed in touch with Kowite, offering her advice and guidance when she needs it.

“Lisa was an incredibly focused student,” Smith said. “She approached every task with enthusiasm and passion. I knew she would do well, and she has.”

While Kowite first came to Durham Tech for practical reasons, her experiences kept her returning until her degree was finished.