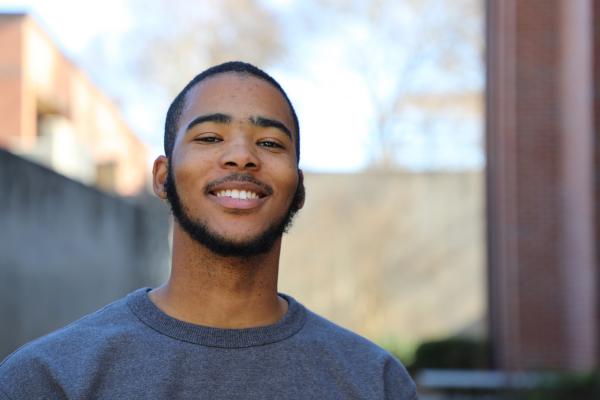 Nathan Jenkins was awarded the Community Impact Student Award on November 25 by North Carolina Campus Compact, a statewide network of colleges and universities that is committed to educating students for civic and social responsibility.

Jenkins, simultaneously earning his high school diploma from Middle College High School and his associate’s degree from Durham Tech, was one of only 22 students across the state to receive the 2019 award.

The Community Impact Student Award honors one student leader at each member school for their deep commitment to community involvement and the ability to inspire peers.

“There’s something about interacting with people in the community and being able to make a visible difference in people’s lives that makes me feel good,” Jenkins said. “Because of people that have been put in my path, I am a lot more confident in my ability to help others, and I’ve learned what I really enjoy about helping others.”

Jenkins strengthened voting engagement efforts at the College by serving as a Democracy Fellow, a role he holds through the partnership between Durham Tech and the Campus Vote Project.

“There are things that people just don’t know and rights that people are not exercising just because they don’t have the information,” Jenkins said. “When you’re educating someone about the fact that they can vote and to see the look on their face when they realize the rights they have, it just makes a difference.”