Created by the North Carolina Association of Community College Presidents in 2004, the Governor Robert Scott Leadership Award recognizes leadership by a curriculum student on a statewide level. The late Governor Scott served as the state’s chief executive from 1968-1972 and then as president of the North Carolina Community College system from 1983-1995. 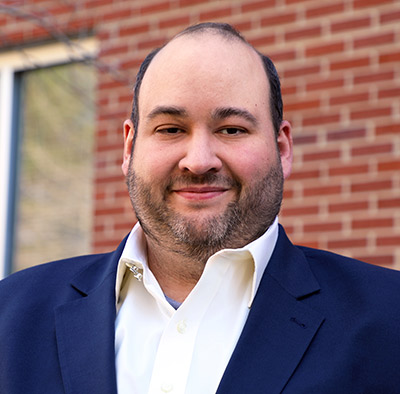 Durham Technical Community College has nominated Noelle Lyon for the 2019 Governor Robert W. Scott Leadership Award. Chris McDuff graduated with his fifth associate’s degree from Durham Tech this year. In 2013, he hit a crossroads in his life and decided to leave his job in retail management and go back to school. Four of his degrees are in the I.T. field, and his ultimate career goal is to own a boutique consulting firm. He will be transferring to East Carolina University this fall. 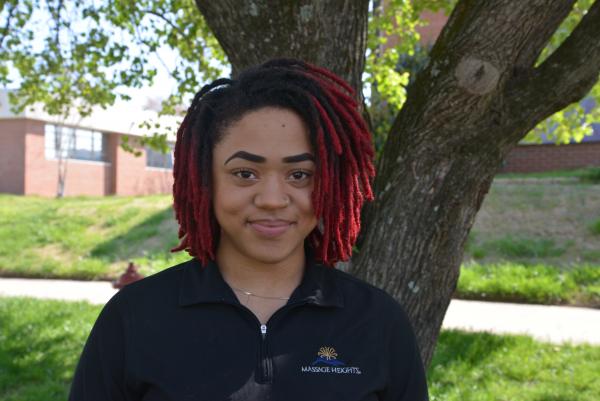 Durham Technical Community College has nominated Noelle Lyon for the 2018 Governor Robert W. Scott Leadership Award. Noelle enrolled in Durham Tech during the Spring 2016 semester and hit the ground running as an active participant on campus. She served as president of the Durham Tech Student Government Association and as N4CSGA Parliamentarian for the North Carolina Community College System and has been involved in several student organizations including Christian Club and Phi Theta Kappa.

“Durham Tech was the best higher educational decision I could’ve made for myself,” Lyon said. “Coming out of high school I had no idea who I was so I took some time off to figure out my next steps, and during that time I came to realize how much I loved learning, going to school, having homework, and doing projects. My mom, who works at Durham Tech, encouraged me to take a couple of classes at first. I didn’t know how much I would love it. I quickly decided to go ahead and take my first two years of college here.”

Noelle graduated from the Student Leadership Development Program through the North Carolina Community College System in April 2018 and was also the recipient of the Daryl Mitchell Award of Outstanding Students and the Dr. Michael Taylor Servant Leadership Award.

“I’ve always been an intrinsically motivated person,” Lyon said. “I like to have my ducks in a row and do all of the right things now so that my future is in place. Just knowing what I want to do and aligning my actions so that I achieve those goals.”

Noelle will graduate from Durham Tech in December 2018 with an Associate in Science and will transfer to either Towson University, NC State, UNC-Charlotte, or UNC-Wilmington to major in biology. She then plans on getting her Masters in pre-med and is considering attending Campbell University to get her Doctorate in Osteopathic Medicine. She aspires to be a Doctor of Osteopathic Medicine that specializes in children with mental disorders. 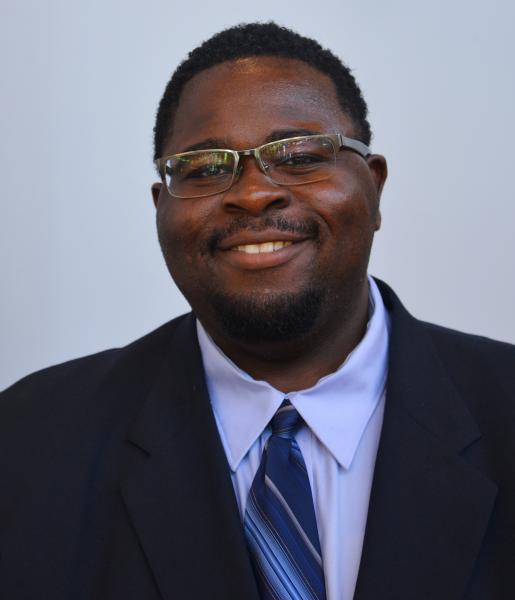 Durham Technical Community College nominated DeCarlos Hickson for the 2017 Governor Robert W. Scott Leadership Award. DeCarlos graduated with an Associate in Arts degree from the Arts, Sciences, and University Transfer program. After Durham Tech, he planned to continue his educational pursuits at the University of North Carolina at Chapel Hill with hopes of studying sociology and management in society with a concentration in human resources management, and a minor in studio art.

DeCarlos served as an outstanding model of academic and extracurricular dedication at Durham Tech. DeCarlos demonstrated his leadership skills by serving in three different roles on the Student Senate, including secretary, vice-president and currently as president. He has also found time to contribute art work and writings to Durham Tech’s literary publication, the Final Draft, all while maintaining a 3.42 grade point average (GPA).

“Leadership is not about what others can do for you. It is about what you can do for others,” DeCarlos said. “I want to make a difference. I want to leave behind a legacy. I want to be a leader, not for the glory and prestige, but for the people. For the people whose lives will be touched and the lives of others that they will
touch.” 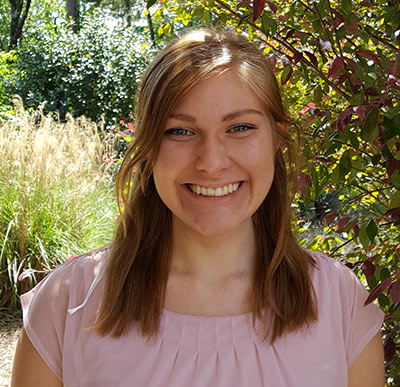 Durham Technical Community College nominated international student Maria Cristina Canini for the 2016 Governor Robert W. Scott Leadership Award. Maria graduated with an Associate in Science degree from the Arts, Sciences, and University Transfer program. She continued to study at Durham Tech for a year to help ensure her success when she transferred to UNC-Chapel Hill in Fall 2017 to study biomedical engineering.

Maria served as an outstanding model of academic and extracurricular dedication at Durham Tech. She participated in numerous clubs, including the Gamma Beta Phi and Phi Theta Kappa Honor Societies, as well as the Social Committee chair of the Student Senate, the Environmental Science Club, and Cambiano Caminos, among others, all while maintaining a 3.87 GPA. Maria served as Student Senate president at the College in the 2016 – 2017 academic year.

Maria places great value on the relationship between leadership and education. She has honed her leadership skills since 11th and 12th grades, when she served as class president. “When I started my presidency, I didn’t know exactly what a leader was supposed to do, but I was very passionate about representing my classmates and being the voice for those who did not know how to speak up,” she said.

Maria also said she is sensitive to the qualities that differentiate a manager from a leader. “It’s a leader’s responsibility to set a positive atmosphere. I want to be respected, and will work hard to earn that respect so I can motivate my team. I want people to feel they are working with me, not for me.”

Maria attributes her success and leadership to strong work habits, such as time management, reliability, strong communication skills, and collaboration. “Being a leader motivated me to work on myself and improve my skills. A leader must set the example for others,” she said.

“It has given me great satisfaction to assist Maria in her leadership development and watch her grow in her commitment to Durham Tech,” Student Senate Advisor Gilbert Umberger wrote in a letter of recommendation. “She exhibits a characteristic that few possess today: a positive attitude.”